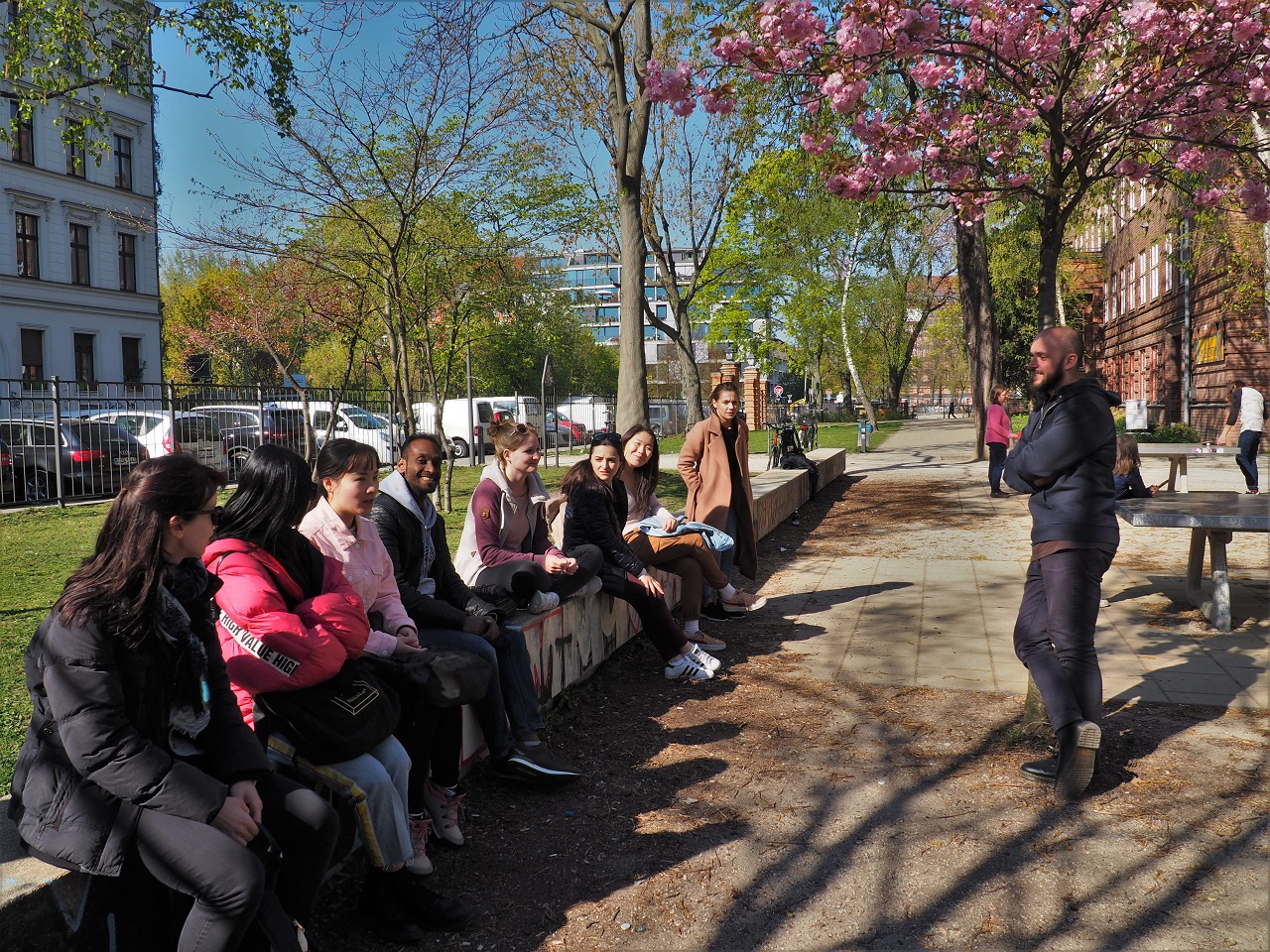 Berlin, the front city in the cold war, has turned into a vibrant cosmopolitan metropole after the wall fell. Rich in history, the architecture reflects the city’s ambiguous past. Bombing and street-to-street fighting in World War 2, as well as the consequent division of the city into a Western and an Eastern zone, have left scars still visible today. In 1999 Berlin became the capital of the reunited Federal Republic of Germany.

The Berlin Excursion offered many opportunities to dive deep into the city’s history. A guided city tour to the Holocaust memorial and the government quarter with the Reichstag provided us with Information about the city’s past. We experienced the magnificent Asisi Panorama at Checkpoint Charlie and were informed about the divided city in the Wall Museums. Further, we explored the Alternative Scene of Berlin. In a Graffiti workshop we learned more about the techniques of Street Art and practised these skills in our own work of art. With the advent of the war in Syria many refugees fled to Berlin to find a new home. In a workshop we stepped into the shoes of refugees and explored the difficult struggles they face when they decide to leave their country.